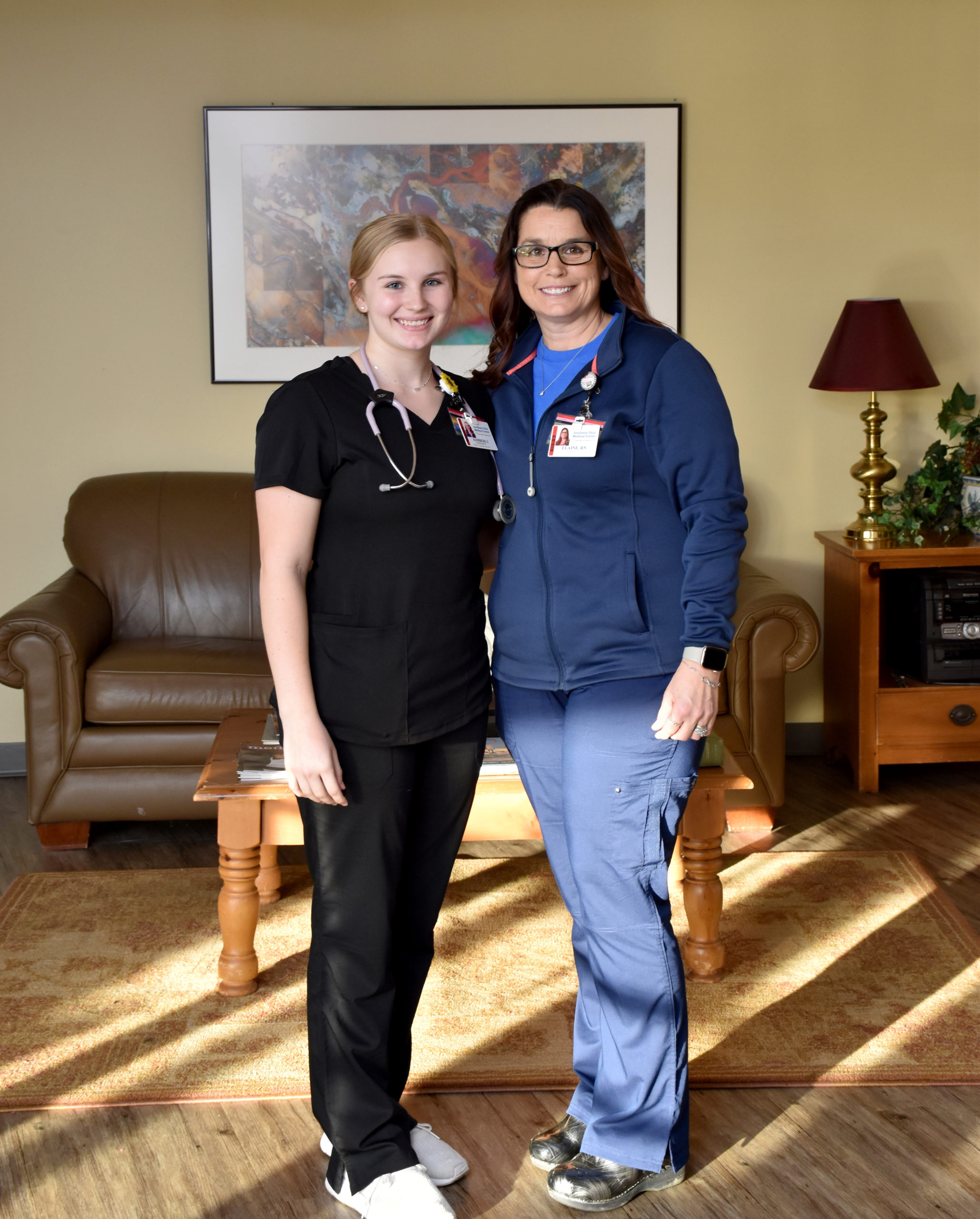 Three words that evoke nervousness, excitement, impatience, eagerness, etc. to all who walk through the doors of their new organization on that first day.

Some enter the doors not knowing a single person. Some enter and recognize some familiar faces around the room. Some enter and are surrounded by peers embarking on their new careers together.

At a recent SOMC New Employee Orientation, two new hires walked in knowing each other beforehand with a connection that isn’t listed above. A mother and daughter were able to attend together to launch their new positions.

Elaine and Kimberly Tieman, both in the nursing field, started off the new year with new jobs together.

“It was actually pretty neat to see my daughter follow in my footsteps and actually be in the same room,” said Elaine, “it was exciting.”

Elaine is a returning SOMC employee who now works in the Cath Lab. Her daughter, Kimberly, is a nurse intern starting out in the Orthopedic Care Unit (OCU).

Elaine also started her nursing career on the OCU, and said it was neat watching her daughter launch her career the same way.

Elaine started at SOMC in 2004 and left to gain experience in other fields, which included travel nursing, nursing in a correctional facility and a mental health facility.

“I have been through so many [orientations] and this orientation was full of energy and exciting,” she said.” “It made me feel like I was home again.”

Kimberly agreed about feeling that sense of “home” when she attended orientation.

“I was very nervous to start on the first day, but the nurses took me in with open arms,” Kimberly said.

Elaine said she felt like returning to SOMC was a “full circle moment.” This is also true of seeing her daughter follow in her footsteps and begin her journey as a nurse at SOMC.